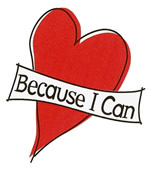 >>> The following information has been copied from the Brain Injury Association of America website.

Types and Levels of Brain Injury

All brain injuries are unique.  The brain can receive several different types of injury depending on the type of force and amount of force that impacts the head. The type of injury the brain receives may affect just one functional area of the brain, various areas, or all areas of the brain.

Acquired Brain Injury results from damage to the brain caused by strokes, tumors, anoxia, hypoxia, toxins, degenerative diseases, near drowning and/or other conditions not necessarily caused by an external force.

Anoxic Brain Injury occurs when the brain does not receive any oxygen. Cells in the brain need oxygen to survive and function.

A Hypoxic Brain Injury results when the brain receives some, but not enough oxygen.

Persons with moderate traumatic brain injury generally can make a good recovery with treatment or successfully learn to compensate for their deficits.

Severe head injuries usually result from crushing blows or penetrating wounds to the head. Such injuries crush, rip and shear delicate brain tissue. This is the most life threatening, and the most intractable type of brain injury.

Typically, heroic measures are required in treatment of such injuries. Frequently, severe head trauma results in an open head injury, one in which the skull has been crushed or seriously fractured. Treatment of open head injuries usually requires prolonged hospitalization and extensive rehabilitation. Typically, rehabilitation is incomplete and for most part there is no return to pre-injury status. Closed head injuries can also result in severe brain injury.

TBI can cause a wide range of functional short- or long-term changes affecting thinking, sensation, language, or emotions.Repeated mild TBIs occurring over an extended period of time (i.e., months, years) can result in cumulative neurological and cognitive deficits. Repeated mild TBIs occurring within a short period of time (i.e., hours, days, or weeks) can be catastrophic or fatal.

TBI can also cause epilepsy and increase the risk for conditions such as Alzheimer’s disease, Parkinson’s disease, and other brain disorders that become more prevalent with age.1